After work last Friday I met up with Daniel from birdsafarisweden whom guided me to their hide for black grouse. I installed myself in the comfortably hide, looking out over the moor. I spent the evening relaxing with good food and a great magazine infront of the stove, just waiting for darkness to arrive. Got to bed early since the alarm was set to four a clock next morning. 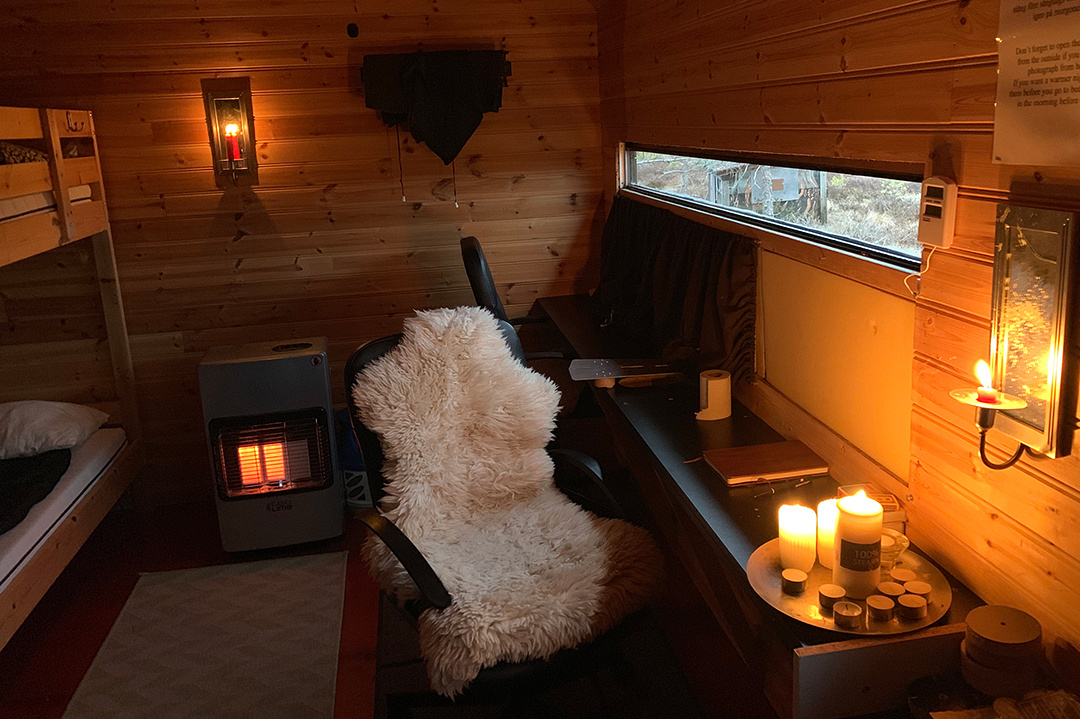 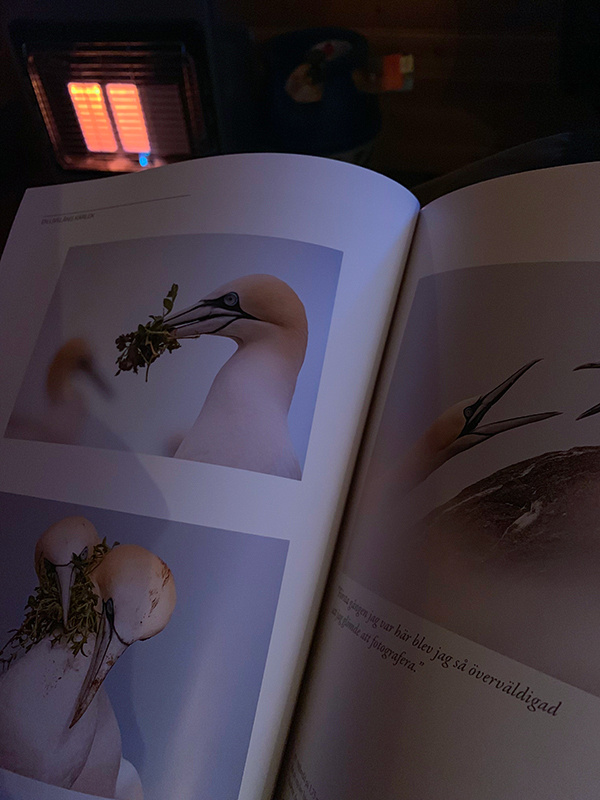 Twenty past four I took my camera gear and in the light of my torch carefully stepped out on the moor to a tent hide a bit closer to where the black grouse hopefully soon would appear.

At quarter past five the first sounds of the black grouse could be heard. Still, way to dark to photograph, I could see three black grouse outside. Gradually the light got better and I could start taking some pictures. At most I could see six to eight birds out on the moor at the same time and another eight to ten playing in the reed. 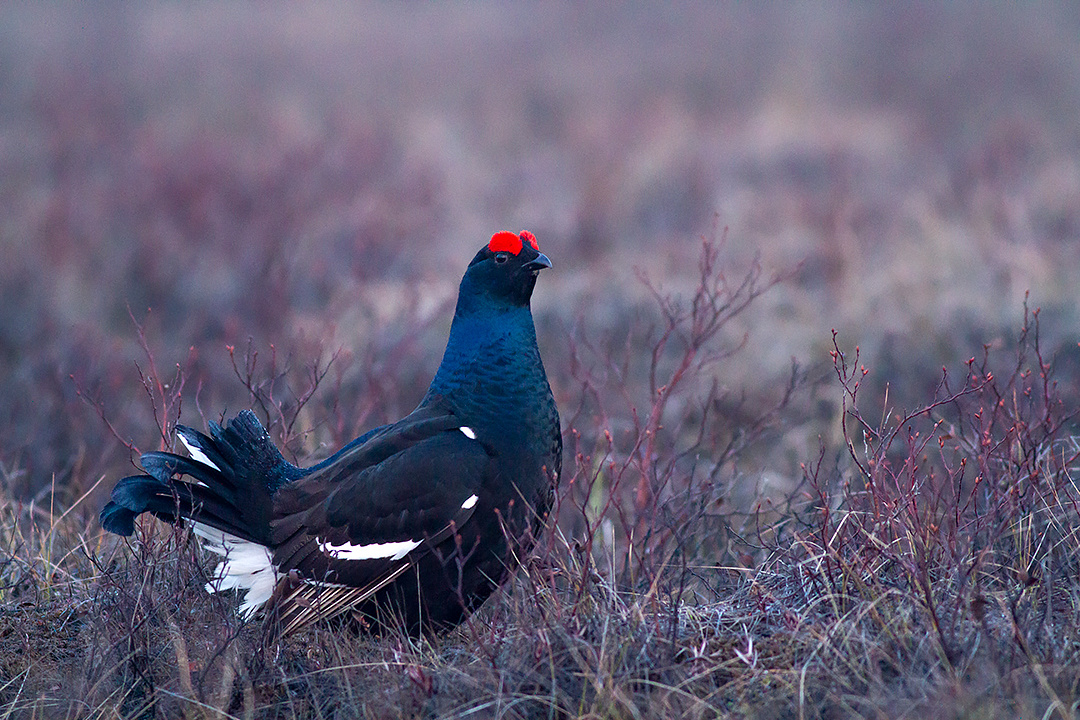 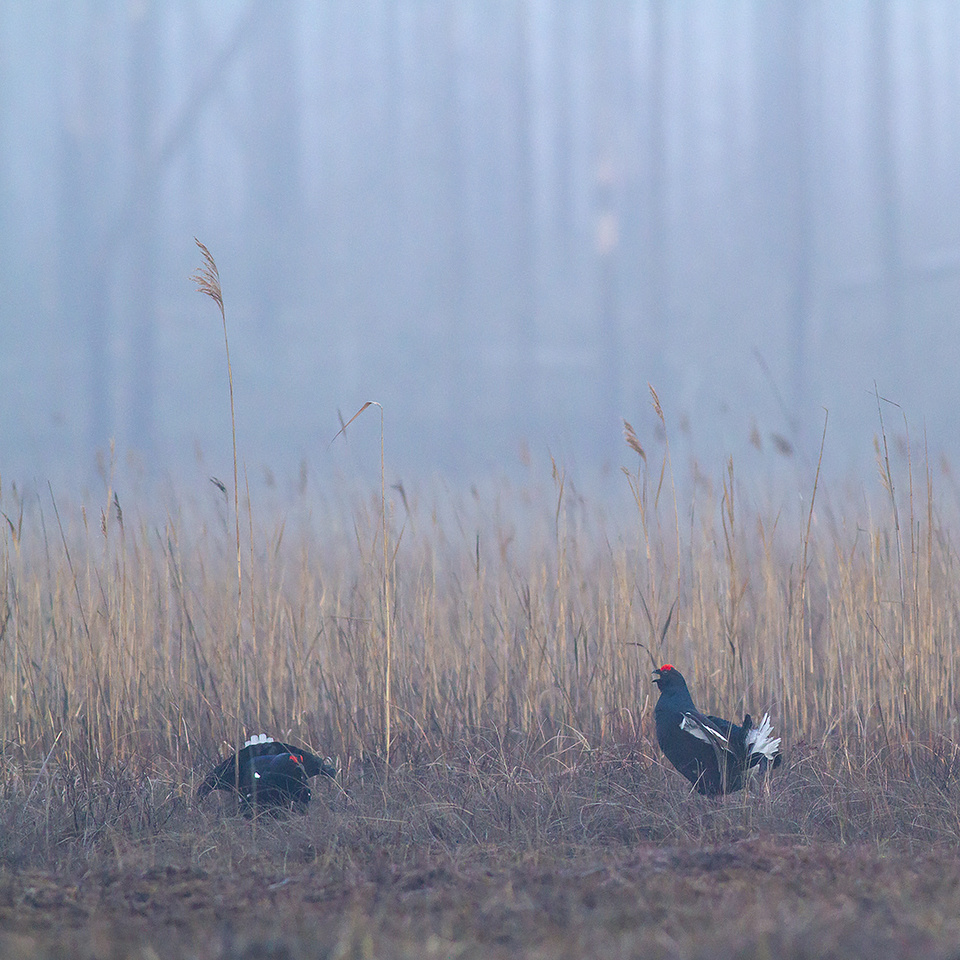 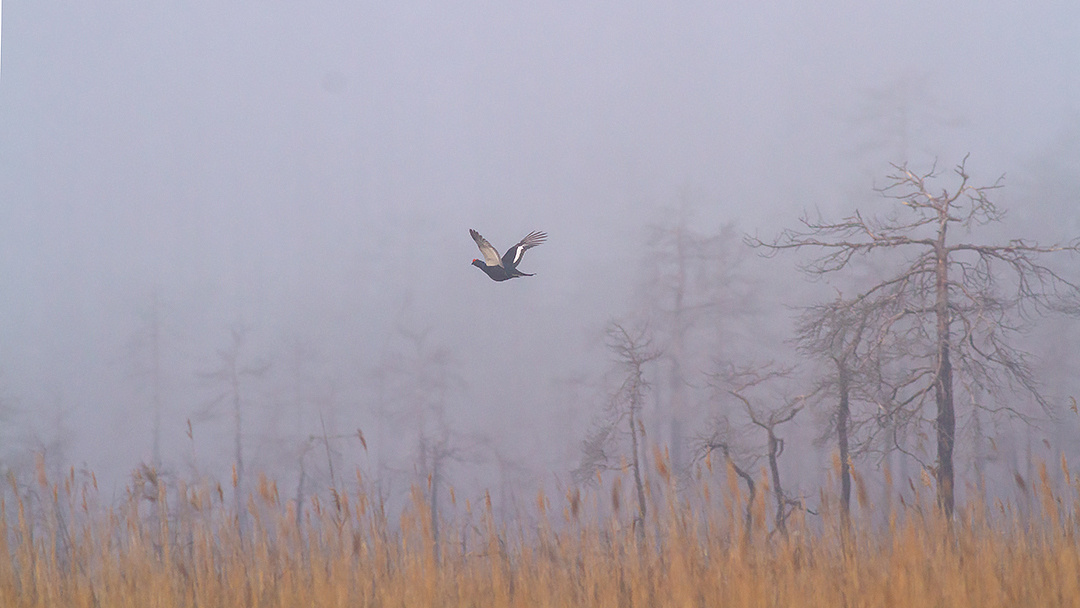 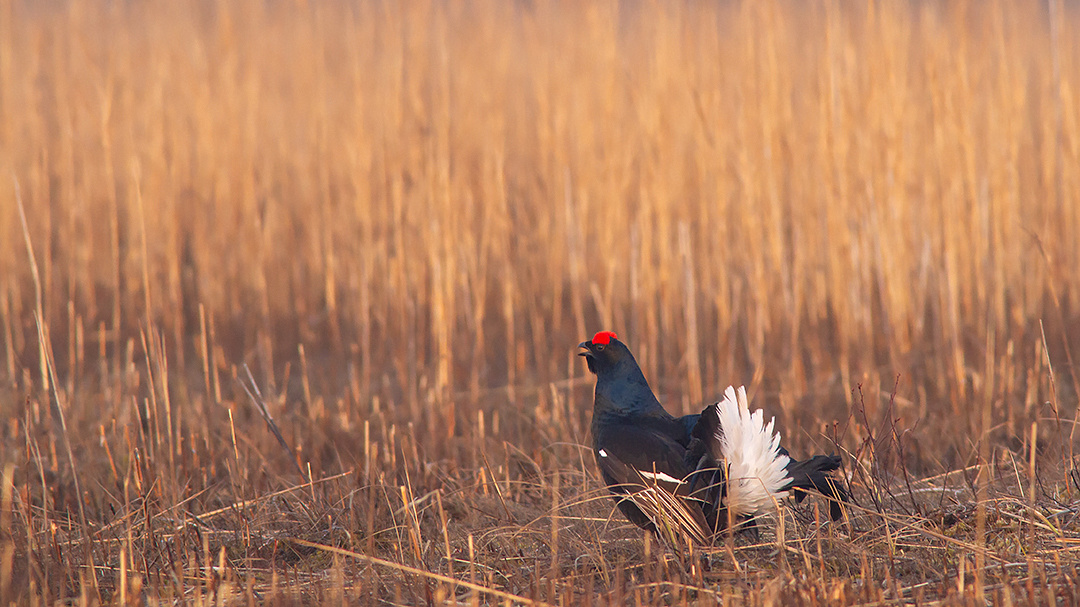 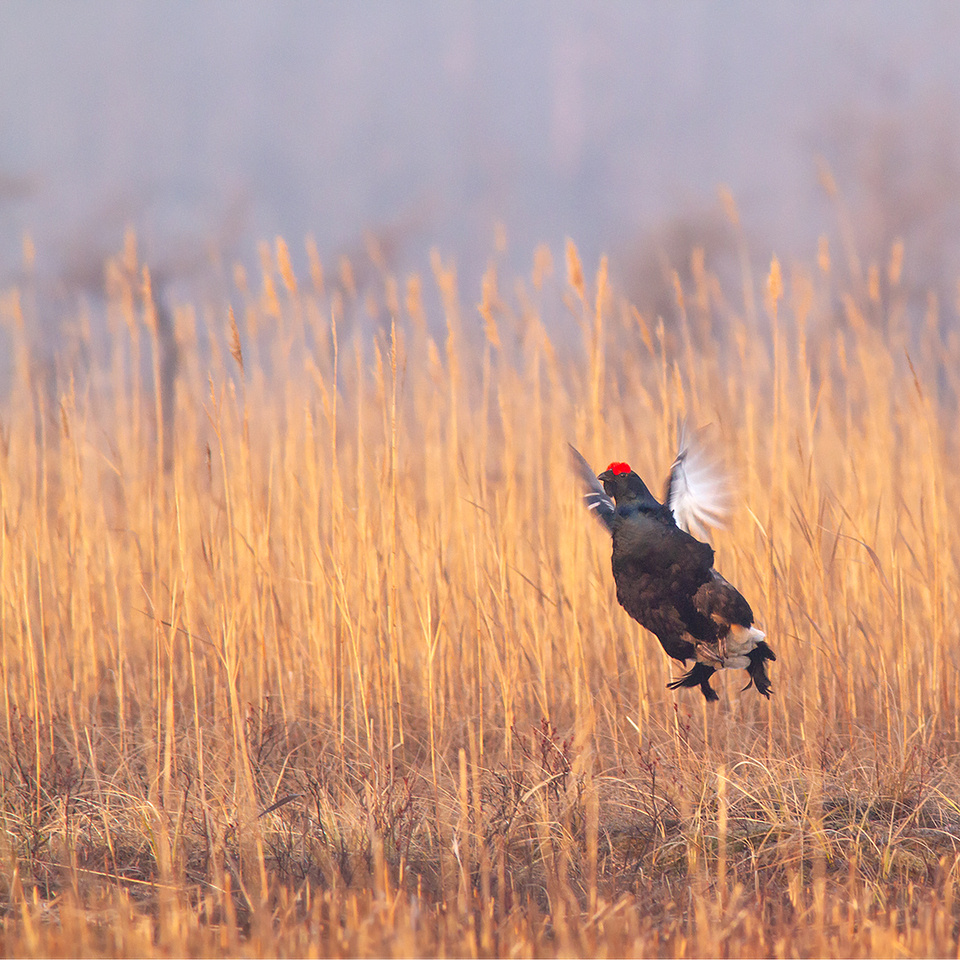 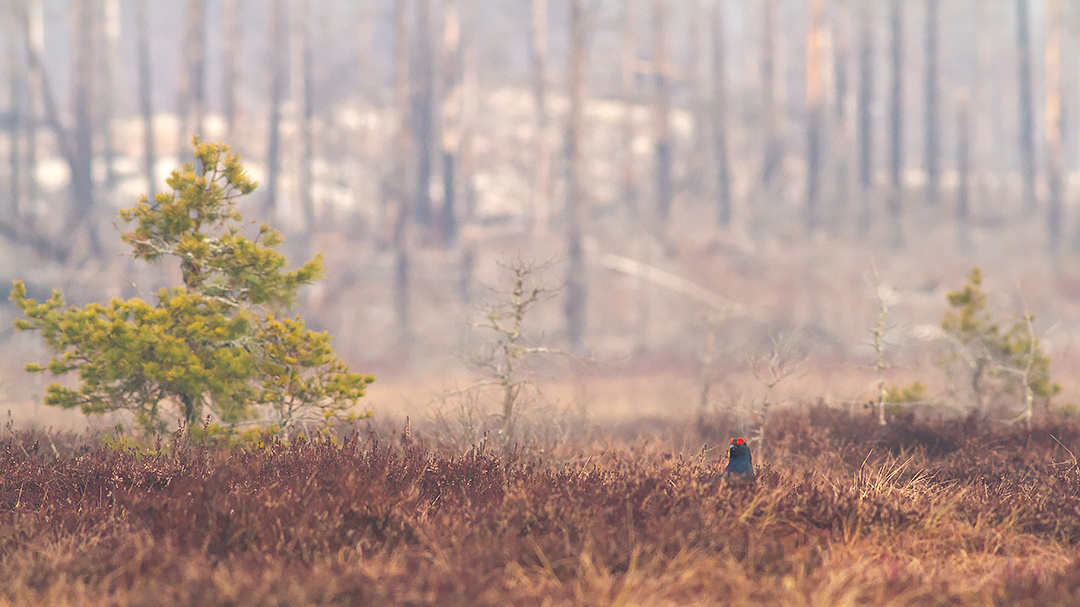 Half past nine all the black grouse had left the moor, I could still here some playing far a way in the distance. Very satisfied, I crawled out of the tent hide and my first black grouse lek was over. 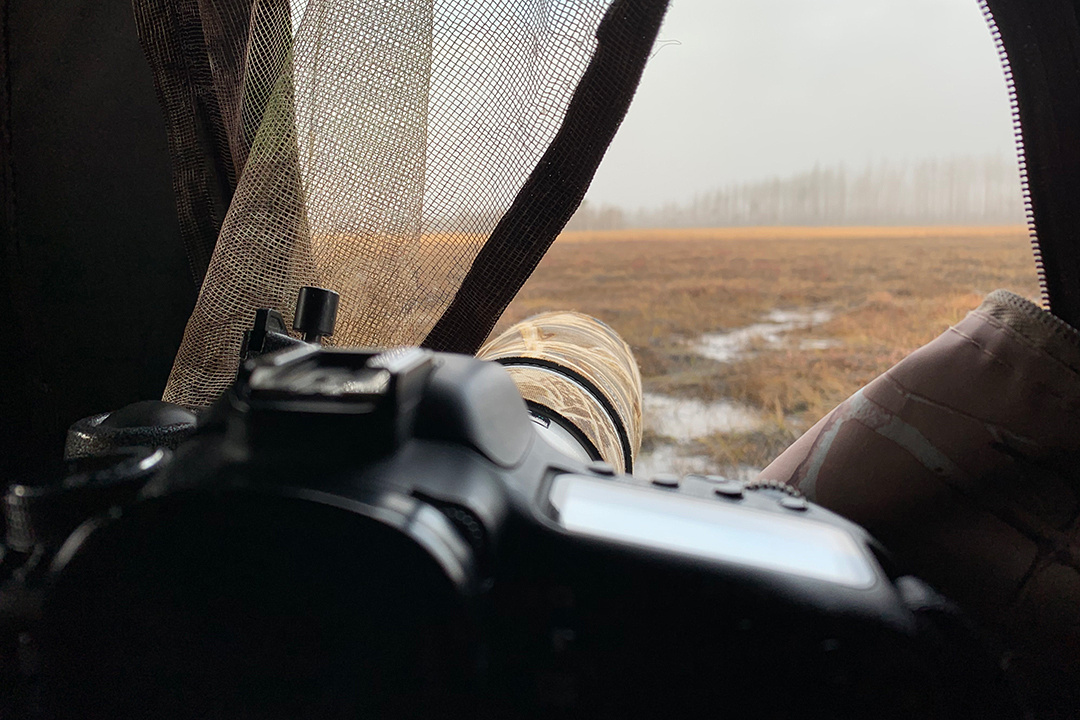